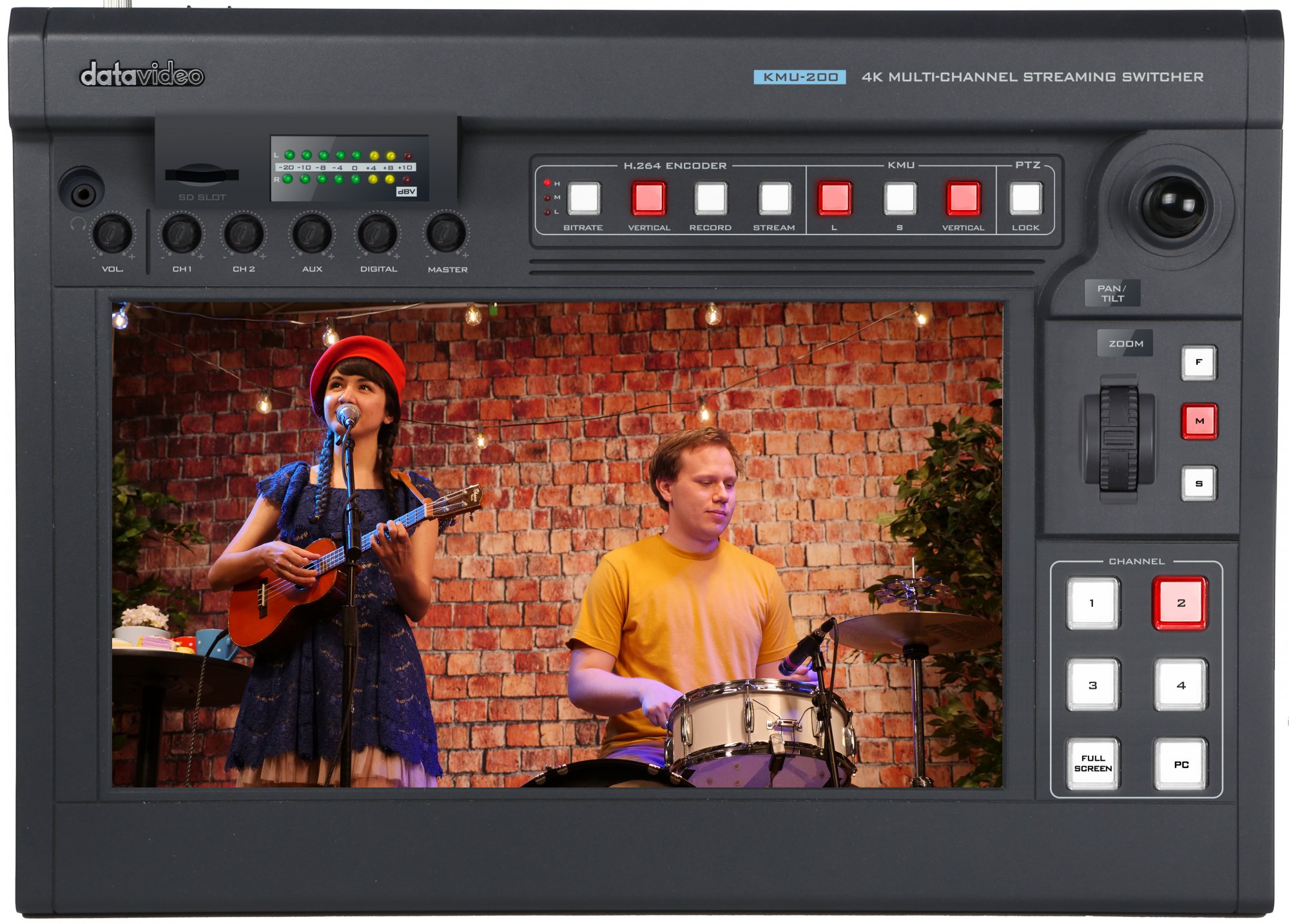 New Design with Horizontal and Vertical Video Streaming and Recording

KMU-200 is an all-in-one solution for producing full HD virtual multi-camera video using a single 4K camera. KMU-200 uses a large touch screen for operation using similar gestures used on any tablet or phone. By pinching and swiping, you control up to 4 cutouts of a 4K image and as if the footages comes from 4 different cameras. Use hardware control to precisely position the cutouts like a regular PTZ camera.

KMU-200 features a dual streaming encoder making it possible to go live on all the well known streaming platforms directly from the device. Easily record on SD cards and you can directly bring the recording to your favorite editing suite. KMU-200 allows you to produce virtual multi-camera videos easily without any help.

4K cameras are widely available and content online doesn’t require the full 4K resolution for streamed content.  A single 4K camera can be utilized to obtain 4 cut outs or regions of interest. The KMU-200 is perfect for interview application with small panels or smaller houses of worship.  With Social distancing becoming commonplace, the KMU-200 reduces the amount of cameras needed to get your production streamed live.

Users can easily control the video cutout sources by using the touch screen and well known gestures such as pinching and swiping. The joystick, zoom knob and hardware buttons can also be used alternatively.

Make your live-streaming look professional with only six buttons to create four virtual camera footage and six different shots.
When using the KMU-200, you can switch between four different virtual cameras, the full shot and the extra HDMI input. Operating the unit is very easy this way.